Sandro Mastronardi from Bilzen in Belgium has acted in musicals and Flemish soaps as well as in international productions like The Spiral, The Incident and Kidnapping Mr Heineken. Curiosity, astonishment and development are the most important motivational elements for his acting.

These are the three key elements that drive Sandro Mastronardi as an actor. His passion for acting was ignited at the young age of thirteen when he saw the musical version of Cinderella. This inspired him to join a local theatre group where his first experience as an actor was in a large-scale musical production.

He took the step into professional acting after seeing Wicked in London. He was completely enthralled and knew that his true passion lay in acting. He learnt the ropes in the world of TV and films with a few stand-in performances and then started to go to auditions. His first professional experience was in an advertisement for the European Commission. By this time he had acquired a real taste for acting! With the aim of polishing up his knowledge and skills, he enrolled on a four-year training course at the Academy for Word and Music and studied under the American actor John Flanders of the Flanders Acting Studio. There he learnt a range of skills, including the Meisner and Chubbuck techniques. Sandro aspires to continue learning and perfecting his professional skills throughout his life.

Small parts in series and international productions have provided valuable practical experience. Sandro has acted in a number of Flemish soaps and also appeared in a hugely popular commercial for New York Pizza which was nominated as the best commercial by a Dutch television award. In The Spiral he played a ‘bad guy’ for the first time, and in the American horror film, The Incident, he played a paramedic opposite Rupert Evans. In the Hollywood production Kidnapping Mr Heineken he played a drunk looking for a fight with the character played by Jim Sturgess.

And his love of musicals has still not diminished. In March 2015 he plays Matthew the Apostle in Jesus Christ Superstar. In this production he has to sing in harmony with other voices, which is a new challenge for him. The enchantment and captivation of musicals and films experienced by both the actors and the public alike is something that continues to fascinate him. He is excited about the intriguing, educational roles that are waiting for him and he hopes that they will help him to develop his talents and to grow as an actor. 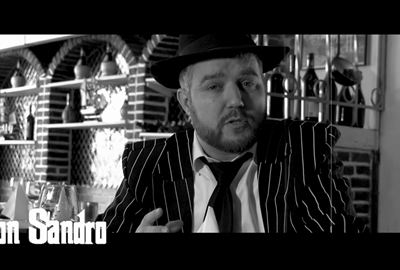 Don Sandro is looking for a programmer The Pro packs of VOO are pro like you!

Playing a veterinary, as an actor you have to sometimes go 'deep'...
View Inventor at the Dickens Dagen in Bilzen
View Commander at House of Petry
View 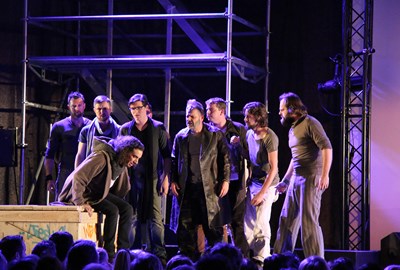 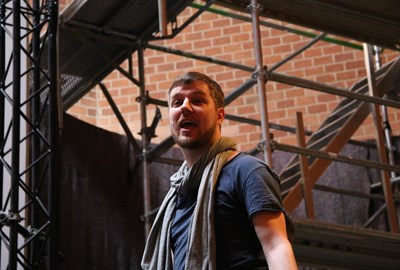 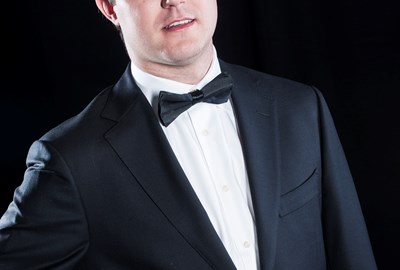